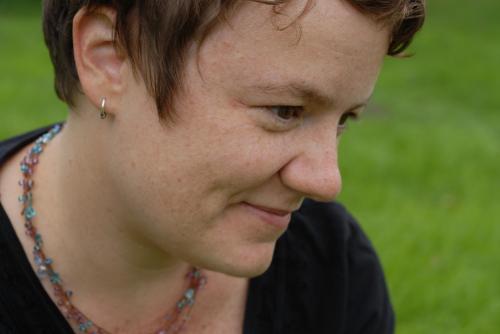 An exhibition held at the end of summer in 2009 at the You Me Gallery in Hamilton sparked controversy and gave birth to Big Susie’s Sex Worker Advocacy Group when it showed photographs of street based sex workers taken with surveillance cameras. Amber Dean, founding member of Big Susie, explains further about the exhibit that sparked the idea for the group, “The owner of [The] Pearl Company… put together an art show that exhibited photographs and surveillance images that he had taken of women doing street sex work outside of his gallery and theatre. And, he exhibited these [photographs] without their knowledge and… consent”.

The artist in question is Gary Santucci, whose exhibition was described on the You Me Gallery website as “turn[ing his] lenses on the city’s underbelly and [his] mind to the immense question of how we can make positive social change”. Dean, who has done academic work in the area with her PhD on representations of women doing sex work in inter-city neighbourhoods elsewhere in the country, considers that Santucci could have been “well intentioned but he ha[s] absolutely no analysis about sex work”. He had “no concern for the kinds of risks that he was exposing these women to when he… put up these pictures”.

The uglier picture behind Santucci’s “well intentioned” art exhibit lies in his personal agenda to secure zoning permits for his art gallery and theatre. Santucci wants to be seen as a “moral crusader… who wanted to shine a bright light in the dark corner of Hamilton that nobody wanted to look at”, but either fails or refuses to take into account the consequences of his art show. According to Dean, “[t]here has been a real increase in hostility towards these people who do street based sex work in Hamilton, especially in the last year that started with [Santucci’s] art show, but has mobilised with some neighbourhood groups that have gotten involved organizing with the police out of a desire to just displace street based sex workers to push them out of residential areas into somewhere else”. Big Susie aims to counteract the negative attitude that has been in place since Santucci’s exhibition. Dean contends that “there… was nothing in Hamilton that was specifically doing advocacy for sex workers on a sex positive basis and was advocating decriminalizing”. As recently as last fall, Big Susie came into being with their five board members and a mailing list of a large number of supporters drawn through their past two events, and through support and funding from CUPE (Canadian Union of Public Employees).

But coming about even as a small collaborative group wasn’t easy: “We received some positive… and negative press. Some of that negative press suggest[ed] that by promoting sex work, [we] are also promoting violence against women”. However, after having received funding from CUPE  and overwhelming turnouts at their last two public events, Big Susie has been optimistic about their growth. Currently, the group hopes to have new people join their board and help build the organization, as well as, hold workshops specifically for street based sex workers on “harm reduction” and “basic safety and first aid”.

To know more about Big Susie’s Sex Worker Advocacy Group, or to get involved, email bigsusies@live.ca.